The artist Francis Hunger presents his video installation Deep Love Algorithm at the recent exhibition »Mood Swings – On Mood Politics, Sentiment Data, Market Sentiments and Other Sentiment Agencies«. In conversation with curator Sabine Winkler he tells, why we should no longer talk fearfully of algorithms.

Sabine Winkler: Your video essay Deep Love Algorithm reconstructs the evolution and history of databases as a love story between cyborg and writer Margret and Jan, a journalist. Margret embodies a kind of resistant position emerging from history, and also a linkage between the human and technology. The relation of human / database (technology) told through failing love story is an unique approach. How did this topic evolve, or rather how is this relationship structured, and why does it fail?

Francis Hunger: Margret is not necessarily a cyborg, actually it is only implied that she lives longer, compared to her appearance. This doesn’t, however, exclude that she is a cyborg. The original idea for Margret was, to create a figure who travels through the times. A figure, who beyond the ahistorical Samantha from the movie Her, or the movie figure Adaline, was and is part of political fights.

It is indeed one of the substantial problems of the Left, that it behaves ahistorical in that sense, that it avoids to reflect upon the failed socialist-communist experiment, and instead it tries to act as if Stalin never happened.

But with this historical mortgage it is difficult to further develop anything progressive. I’m addressing the failure of the communist experiment in another work, The woman who never went into space (2012), where I’m telling a story about a woman who may have become the first woman in space, but then she became the backup cosmonaut and never flew.
Why does Jan’s and Margret’s love fail? They like each other, but they do not manage to get together properly. The desire stays in a state of limbo, it is not expressed and not made explicit. Unfulfilled love is a romantic motif, isn’t it? 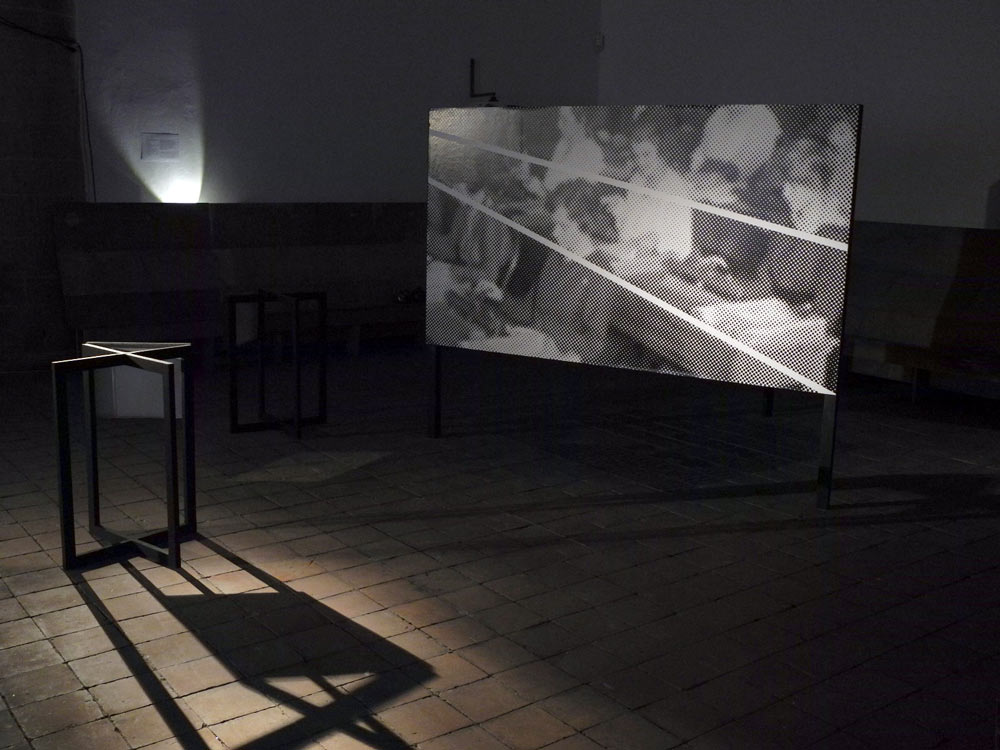 SW: I agree, but through the longing, the imaginary can be kept going without being disturbed by reality, and on the other hand, this shortcoming does increase the emotional sentiment through unachievability, which in turn can create pathological behavioral patterns. What analogies or differences do you observe in relation to the invisible behavioral patterns, that got established in human relations and in databases? What role do these invisible regimes play in our life?

FH: The public discourse addresses databases often as a surveillance specter. Or it glorifies them hyper–optimistically through key words such as Big Data, Cloud, Artificial Intelligence. You just have to read some tweets under the hashtag #AI and you’ll discover an ideological form in itself. I recognize this propaganda from my youth in GDR, just with different pre-signs.
Electronic databases mainly collect and process information, that has been prepared and formalized.

Reciprocally this means, that everything that can not be formalized, is also deterred from becoming part of the database reality. Databases thus at most represent partial realities. What’s in the grey areas disappears and dissolves – luckily.

A part of human desire is expressible there, for instance through sentiment analysis, which through the help of algorithms and statistics examines emails or social media communication in regards to their sentimental substance (positive/negative). Formalization of sentiments through Emojis does also refer to this. Which is the reason, why Facebook expanded the use of emojis. And of course certain specific areas of human emotions, which can be formalized, get saved in the banks of Tinder, OKCupid, Grindr or Parship.

And: Human desire does not necessarily unfold on the level of individual relations alone, it can also on a more overall level affect a social desire, for instance the desire for social justice or the absence of alienated labor. And both kinds of desires stay unfulfilled. This is how the figure of Margret is laid out.

SW: But still it seems, as if currently the narration grows, that emotions, behavioral patterns, consciousness, or the human as whole can be formalized and that this is desirable. These are controversial discussions within the context of singularity, transhumanism.

FH: I consider this to be male phantasies.

SW: Efficiency and the necessity of technological upgrading, to stay competitive as human is given as justification or goal. Promises like the mankind’s oldest dream of immortality get presented as if they were realizable in the near future. Or is this fashionable, just to create investment sentiments for those start-up companies, that develop these technologies?

FH: The socialisms’ economic decline in the East visibly indicated a slowdown of the winning formula of »Fordist mass production«. In the West the slowdown of Fordism since the 1970s has not become visible through a breakdown, but through a succession of crises that went along simultaneously to the growth in microelectronics, that is the expansion of calculation capacities.

The developed countries find their economies in cyclic overproduction crises, they produce to many goods while at the same time there is not enough consumption. Capitalism only makes sense, if capital can be employed to proliferate, towards the point that the circulation of capital is an end in itself. To me it seems as if through the growing automatization of the past decades this process approaches some kind of limit. I consider the investment sentiments for startups that you’ve mentioned a hysterical blare, as attempt, to find a void somewhere, where the investment of capital, that is manpower and manpower embodied by machines, still returns a profit.

Entertainment companies like Whatsapp, Facebook, Instagram seem to be successful in this sense, and the void that they explore is human communication. Twitter on the other hand burns capital since 10 years. Other technology companies like SAP, Oracle, Salesforce have success because they manage to replace human labor in accounting and management through machine processes. Complementary we see the emergence of the clickworker or digital turks – people who click through certain tasks at the computer – that is, where employing human capital is cheaper for the handling of specific tasks compared to the usage of (calculation) machines. 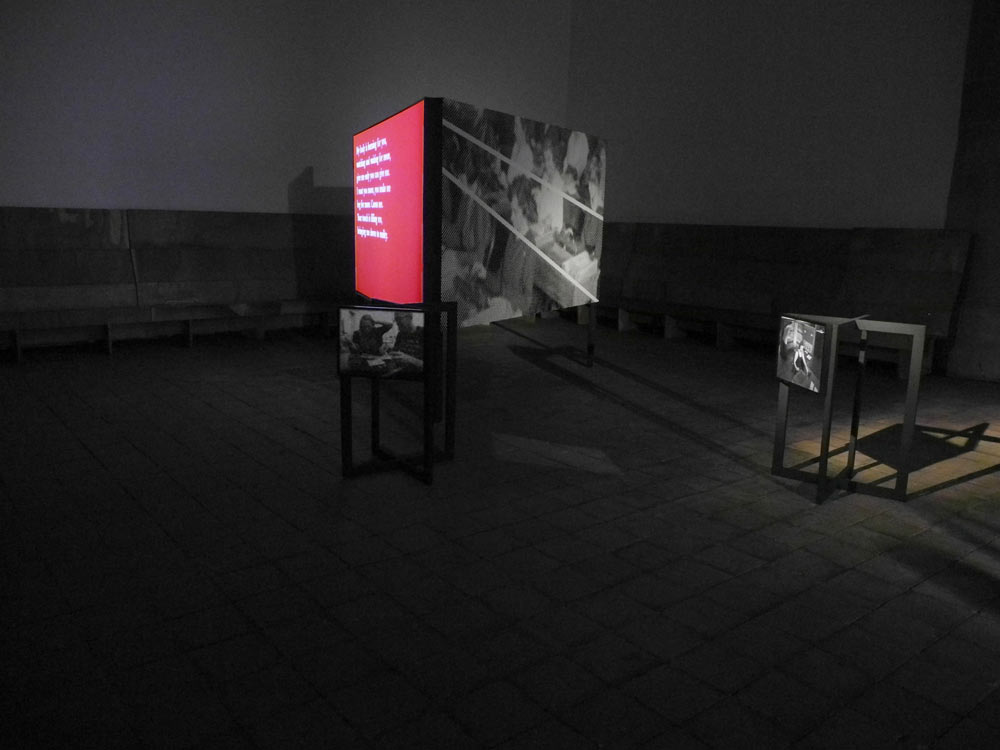 SW: If the narration is, that algorithms make a better choice or selection, as promised by dating agencies, this does not only reflect the belief in technology, but it also shows how people connect a certain kind of objectivity and truth with it. Which of course is not the case; Computer programs are based on specific assumptions that can also reproduce existing stereotypes. That means, people give away agency in the emotional area, because they possibly confide algorithms to make better decisions, and they believe that the risks lowers. From that point it seems possible that a dictate in selecting a partner could develop. One could describe that as incapacitation, which then is advertised as service or freedom.

FH: You can describe it as loss of agency, but you could also describe it as libidinous submission. For centuries, depending on the culture, either the mother or the father were responsible for the partner selection. You had to submit to their decision. Now, the difficulty of preselection is delegated to Parship, Tinder, OKCupid. But subsequently you are free to decide, if a romance, a common night or just nothing follows. I agree of course that one can notice a certain tendency towards optimization that limits coincidences.

Regarding the imagination of objectivity and truth in data: We fall into this trap since we have developed statistics (in the sense of policeywissenschaften) since the 17th century. Formalized information – be it collected in tables, forms or databases – triggers the perception of objectivity. I would denounce this again as male phantasy – the splitting off of the dirt, the sick, the blurry, and for all I care the metaphysical and the metapsychic as well. All that is not representable in Parships’, Tinders’ and others databases. To me this fragmentariness and incompleteness seems to be a chance, because individual relations take place exactly in these split off areas.

SW: That is in the area of the incalculable?

FH: Yes, the incalculable. Maybe it helps to illustrate, what an algorithm actually is. x=2*y^2 for instance is an algorithm, that allows to draw points in a coordinate system, with x depending on y. In addition you have the possibility to include thresholds: if x grows beyond 200, do this, if it is below 200 do that. These are algorithms. Just more complicated with more variables. And they refer to statistical data as collected in Parship, Tinder or OKCupid.

As long as we talk fearfully of algorithms, this fear can govern us. Algorithms are made by humans, we should recognize that. And there is by far not enough research and discourse about those who actually write algorithms. I suppose that these in the majority are male engineering subjects, with a certain socialization. In Deep Love Algorithm I have included a few creepy pictures of male groups in tech companies to illustrate that.

SW: Here desire comes once again into play. On the one hand the desire for technology as means to solve problems, as optimization and efficiency phantasm, as apparatus that determines, how our desire is directed, for instance through animation figures as objects of desire, which are in their unattainability perfect as such and less traumatic (but possibly not in the long-term). This is a simulation of romanticism, the state of desire maintained, the traumatic reality (for the moment) eliminated. What is the context or relation for the overall social desire with technology, that you address?

FH: We witness the break-down of the promise of freedom in civic democracies: You can be, who you want to be. You can live anonymously in the metropolis, you can withdraw to your flat and there you are free. Or in your car. This division of private and public collapses, by submitting formerly private spaces under a regime of permanent data production. The subjects may act out this data production libidinously, as it get’s visible in the many Twitter, Instagram or Facebook accounts. But at large it is a compulsion, that on the one hand aims to make each and every acting an act of consumption, and on the other hand tries to record its traces and invest it in Banks in form of data.

New is, that by using calculation machines and algorithms, it became possible to advance into those microstructures of time and into those areas of human communication, that formerly were inaccessible for the capital. Uber, Airbnb, SAP, Facebook add new domains to the process of making from capital more capital. The ecological disasters following the discovery of coal seams or oil fields are known today. We will witness, which disasters follow from the discovery of the communicative domain as raw material, when the Generation Facebook or Instagram ages.